The History of Computer Virus

The History of Computer Virus 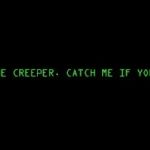 Robert Thomas, an engineer at BBN Technologies developed the first known computer virus in the year 1971. The first virus was christened as the “Creeper” virus, and the experimental program carried out by Thomas infected mainframes on ARPANET. The teletype message displayed on the screens read, “I’m the creeper: Catch me if you can.”

But the original wild computer virus, probably the first one to be tracked down in the history of computer viruses was “Elk Cloner.” The Elk Cloner infected Apple II operating systems through floppy disks. The message displayed on infected Apple Computers was a humorous one. The virus was developed by Richard Skrenta, a teenager in the year 1982. Even though the computer viruses were designed as a prank, it also enlightened how a malicious program could be installed in a computer’s memory and stop users from removing the program.

It was Fred Cohen, who coined the term “computer virus” and it was after a year in 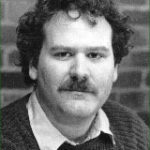 1983. The term came into being when he attempted to write an academic paper titled “Computer Viruses – Theory and Experiments” detailing about the malicious programs in his work.